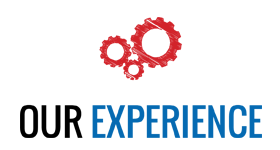 Having started under the aegis of the Independent Mediation Services of South Africa (IMSSA), Bontle has spent over 20 years in election and democracy work, conflict management and project management.

After IMSSA she, together with Dren Nupen, established the Electoral Institute of Southern Africa (EISA) and spent 4 years as its Elections and Balloting Specialist/Director. Bontle has consulted for South Africa’s Independent Electoral Commission (IEC) and played a pivotal role in the establishment of the independent conflict management panels during the 1999 National Elections.

Bontle is a highly skilled and experienced election specialist and has been Presiding Officer for a number of political national elections including the ANC National Conferences in Mafikeng, Stellenbosch, Polokwane & Mangaung; several COSATU & affiliated unions’ national congresses. She also has presided over a number of Board of Trustee elections in the past whilst heading the EISA Elections Unit, Sizwe Medical Scheme, the SAB Medical Scheme & Provident Fund, & Hosmed, among numerous others.

Recently she has presided over the Government Employees’ Medical Scheme for two years running through a tender process in 2010 and 2011. In these two processes she worked with two auditing firms KPMG and PwC respectively. She headed the SADC Electoral Commissioners Forum (EFC-SADC) mission’s Secretariat in the Zimbabwe Presidential elections and observed other elections in the SADC region. Lately, she spearheaded the ANC 2009 List elections for the National Assembly and the NCOP and the 2010/11 Local Government List elections.

Dren was a member of the Goldstone Commission of Enquiry into Electoral Violence in 1993 and participated in the Dr Van Zyl Slabbert Electoral Task Team commissioned in 1998 by the Cabinet of the South African government to review the current South African electoral model and propose appropriate alternatives for the post 1999-period, as prescribed by the Constitution.